The Horse Race Insider is a privately owned magazine. All copyrights reserved. “Bet with your head, not over it.”

The Conscience of Thoroughbred Racing 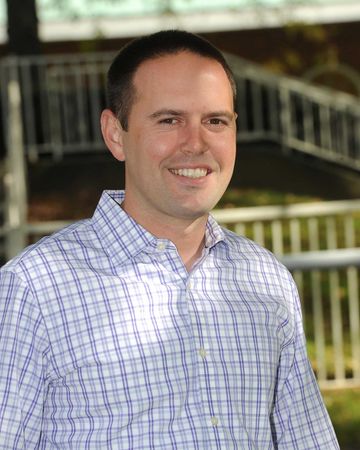 Picture the New York Yankees at their zenith, when they won 20 World Series in a 44-year period beginning in 1921. No one could touch them, other teams in baseball hated them, and nearly every young ballplayer wanted to be in their lineup.

Now picture these Yankees, overflowing with talent, forming a new ball club, then another, and perhaps even another, all just as powerful as the original. These new Yankee teams join the American League, while virtually no other team owner could afford to field a second squad. Say there was no baseball rule to stop them. Now, the Yankees would have four chances to win the pennant.

“This would never happen,” you might say. “They’d never allow it,” but this is exactly what has happened in horse racing, and to see it in stark relief you need look no further than the Grade 1, $500,000 Diana, one of the premier turf races for fillies and mares in the country, this Saturday at Saratoga.

Just six of 15 nominees are entered to compete, and four of them come from the stable of Chad Brown. Three of those have one listed owner – Peter Brant. Yet, the New York State Gaming Commission, which oversees racing in the state, and the New York Racing Association, which operates Saratoga, is OK with four independent representatives from Brown in a six-horse field.

It wasn’t always this way, and it needs addressing. In the past, the state considered it worthy to protect appearances of integrity in racing. The racing and Yankees analogy diverts at gambling, because racing unlike baseball is principally a betting game. The state used to mandate coupled entries to at least appear to acknowledge the conflict of owners and trainers competing against themselves.

Obviously, no more. The coupling rules in New York have been steadily eroded to the point where we have this embarrassing representative of the prestigious Diana.

In 2010, with the registered North American foal crop in the middle of a nine-year decline, the state racing and wagering board modified its rules and allowed the uncoupled entry of a trainer’s horses if they didn’t have the same owner. NYRA president at the time Charlie Haywood told the Albany Times-Union that uncoupling, because of increased betting interests making a race more attractive to play for gamblers, would net the tracks $7 million a year.

Five years later, New York went further. Horses with common ownership had been running coupled as a single betting interest except in stakes races worth $1 million or more. The racing and wagering board threw that out and dropped the threshold to stakes worth $50,000. According to a story at the time in the Blood-Horse, only two public comments were submitted to the commission about the change – both from NYRA in support.

This opened wide the door for rising so-called super trainers, such as Brown, who not only have the most horses, but also the best horses. It’s no secret in racing that Brown pretty much dominates the filly and mare turf division.

Discarded and disregarded were the possibility of a trainer playing favorites in a race, jockeys riding in a manner they might not otherwise for competing owners and insider betting coups.

This is not to even remotely suggest Brown and his owners are cheating; they’re simply exploiting the rules to their benefit. In section 4025.10 of the state’s codes, rules and regulations, subdivision “e” states: “The commission steward may require any horses entered in a race to be coupled for betting purposes prior to the commencement of wagering on-track and off-track, if such steward finds it necessary in the public interest.”
If the Diana this Saturday doesn’t qualify for intervention, what scenario might?

In the Diana, Brown sends out Rushing Fall, owned by eFive Racing Thoroughbreds, who has won 8 of 9 starts and 4 Grade 1 events, and the three Brant runners: defending race champion Sister Charlie, winner of 7 of 11 lifetime with 4 Grade 1 victories; multiple graded stakes winner Homerique, and relative lightweight Thais, who finished third last summer in the Grade 1 Beverly D at Arlington.

Fans might question why Brown and Brant would stack their horses like that in a single race instead of shopping for spots to win at racetracks around the country. The answer is: If one of the lesser lights like Homerique or Thais can get a placing in a Grade 1 race as prized as the Diana, it will enhance their value when it comes time to breed them. Runner-up money doesn’t hurt either.

The trainers who wind up re-routing to spots out of town are those with precious few good horses who don’t want to waste a career-best effort by running fourth to a suite of Brown bombers. They will look to Delaware, Monmouth or Laurel, where the deck is not quite so stacked.

According to Daily Racing Form Formulator stats, Brown has competed 311 different horses in the past year, a mind-boggling total considering how many trainers with superb horsemanship credentials feel lucky to have 20 in their barn.

The uncoupling of runners was designed to grow field sizes; it hasn’t worked out that way. It’s just left marquee races diminished and bettors looking on with an uneasy feeling.

NYRA is in a tough spot and needs to take a creative look at how to protect the quality and prestige of races developed over decades. The racing and wagering board, rather than trying to avoid miring itself in controversy or argument, ought to proactively look at developing rules to combat the problem in the best interest of the game – even if it hurts some feelings to level the playing field.